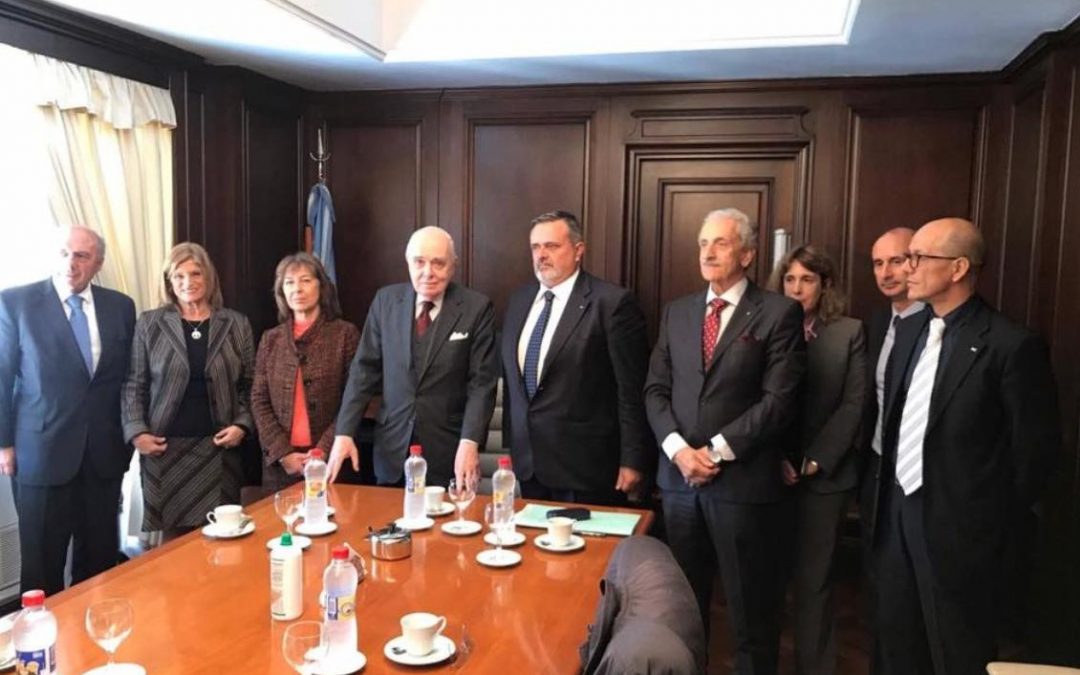 The Ugl secretary general, Francesco Paolo Capone, was an interesting meeting with the President and some magistrates of the Camara Federal of the Social Security, the court of the last case for the cases concerning the social security that, in the Argentine judiciary, is separated from ” Labor “. During the meeting, “we had the opportunity to introduce the Ugl and to answer the numerous questions on issues related to the Italian social security system”. The Ugl delegation was accompanied by Ed Chirinos, former General Manager of the Camara Federal de la Seguridad Social, by Tullio Zembo and Gianluigi Ferretti.
The President of the Camara Federal de la Seguridad Social has called for the opening of a collaboration between Ugl and the patronage that protects workers of Italian origin in Argentina.