Economic growth and social perspectives in a Europe of Nations 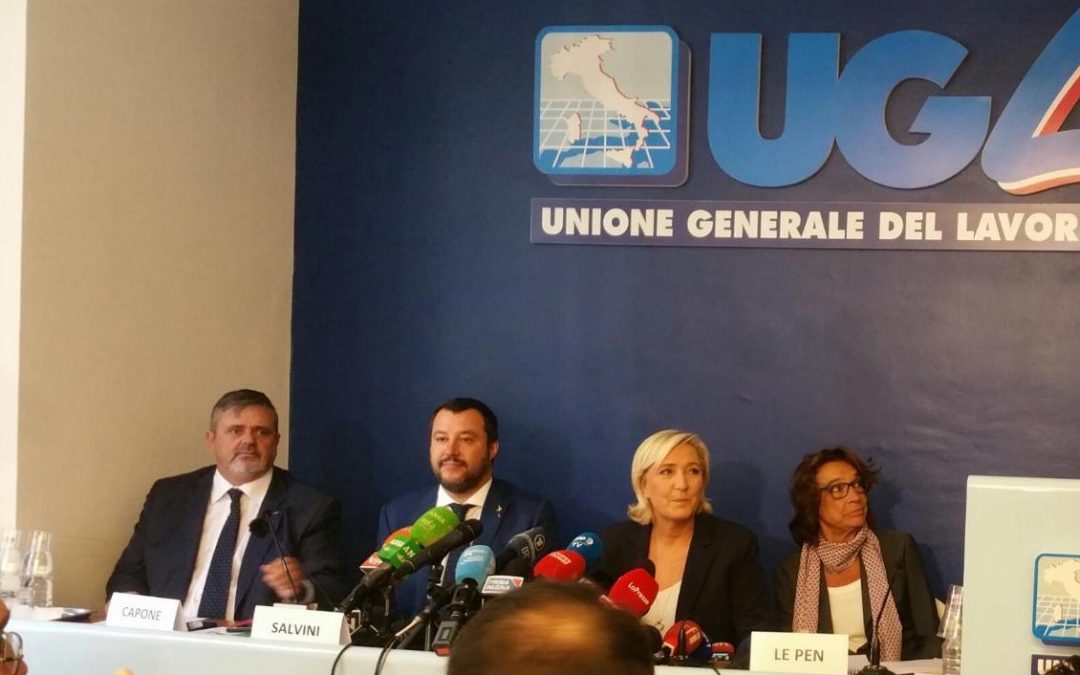 Monday, October 8, at 10.30 the President of the Rassemblement National, Marine Le Pen, and the Deputy Chairman of the Council and Secretary of the League, Matteo Salvini, were the protagonists of a meeting on the theme “Economic growth and social perspectives in a Europe of Nations “.

The meeting toke a place in Ugl headquarters in Rome, in via delle Botteghe Oscure no.54.

The debate was introduced by the Ugl General Secretary, Francesco Paolo Capone: “It is an honor to host in our headquarters, the home of workers and workers who recognize themselves in a participatory economic and social model, an encounter so important not only for the political figures but also for the prospects that the theme of the debate will open regarding the realization of a Europe of Nations.