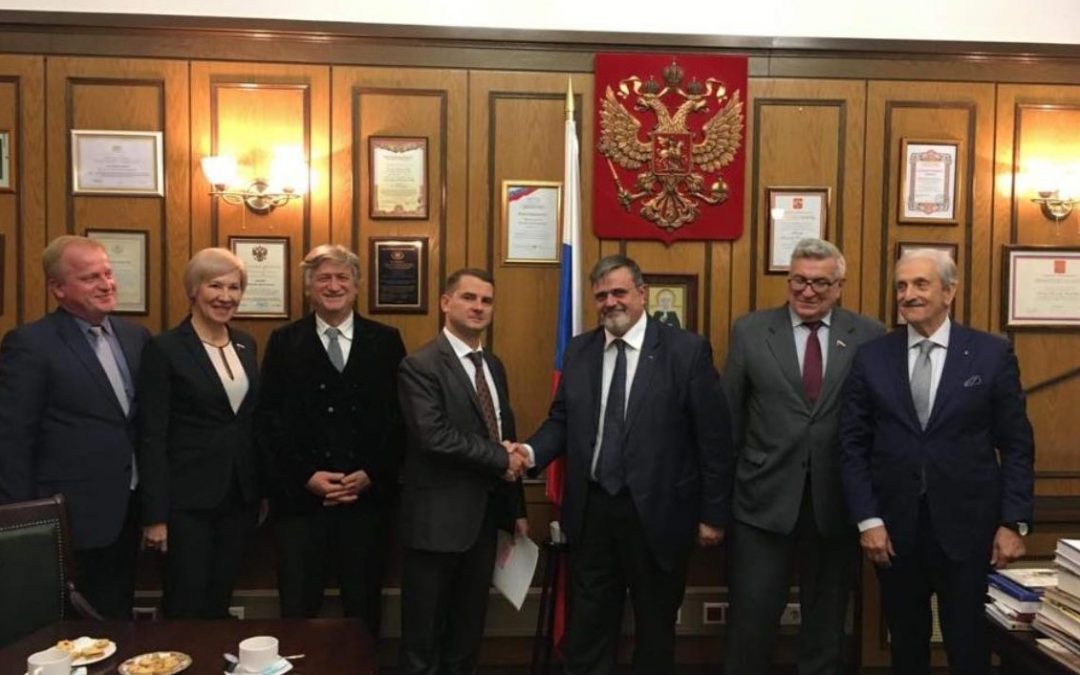 Deputy General Secretary Giancarlo Favoccia, the head of International Relations Gian Luigi Ferretti and Secretary Paolo Capone met the Labor Commission of the Duma in the Russian Parliament, led by President Nilo Yaroslav. In a long and pleasant interview UGL had the opportunity to compare the labor and worker rights systems of social protection and defense.

Many similarities and problems have been spotted especially in the recently issued reform by the Russian government about social security. On economic front, we have agreed on the difficulties that are having the Italian companies based in Russia due to sanctions the severely restrict trade between our countries.

We concluded with the mutual willingness to collaborate and underline studies and projects . The impression is that there is particular attention to our country, which represents a point of reference commercial and cultural . Next step will be a meeting in Rome to organize a conference on ‘Work and new continental borders”.