Towards a fair and competitive road 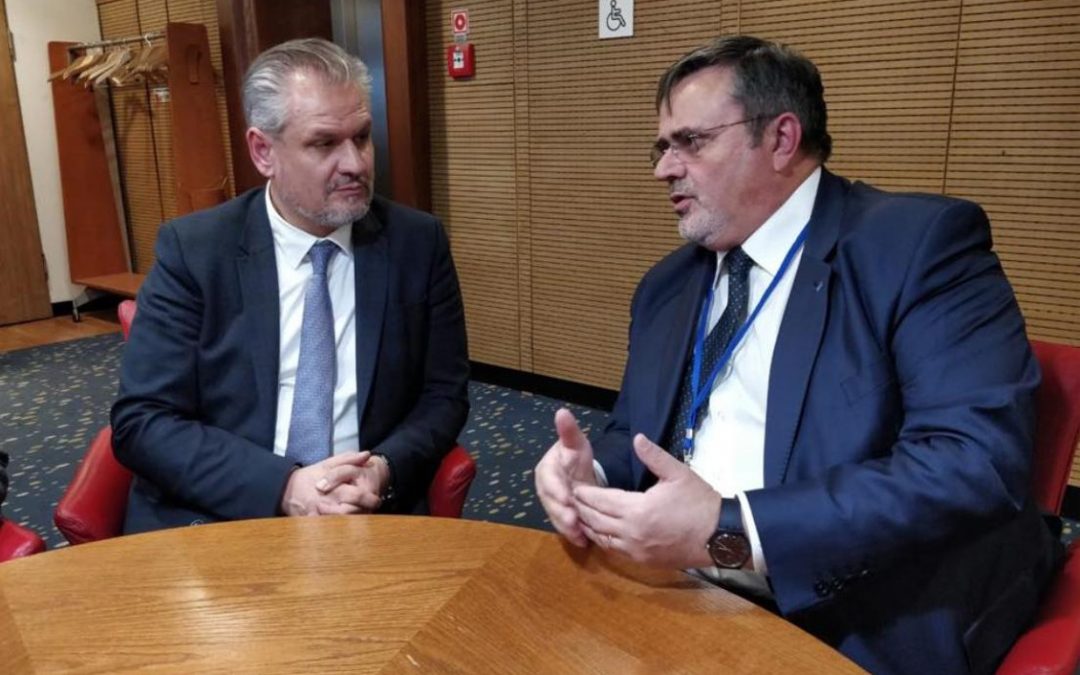 The Ugl General Secretary, Francesco Paolo Capone, participated in the seminar “Towards a fair and competitive road transport in the European Union” financed by a program of the European Community. “A comparison with several voices – explained Capone – with the trade union representatives of workers from Spain, Portugal, Serbia, Hungary, Holland and Slovakia”. The Italian delegation has been represented from General Secretary Paolo Capone, head of International Relations Gian Luigi Ferretti, national secretary of the Transport Fabio Milloch, and the head of the Institutional relations Stefano Andrini.

On the sidelines of the seminar, the General Secretary of the Ugl met in private Szabolcs Takacs, undersecretary for the Development of European policies, presidency of the Hungarian Council and leading figure of the Orban Government. A pleasant exchange of ideas – as Capone defined it – on the priorities of Europe starting from work, social cohesion, family, demographic policies and national culture whose origins, as we sink into the Christian tradition . Representing our original union history we have anticipated the invitation for an international meeting that we will organize in Rome in the next few months “.