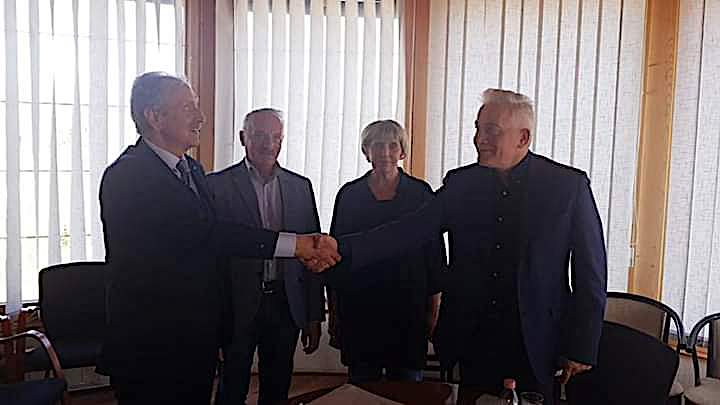 Great Success about the Ugl mission in Hungary. Yesterday during the first day between the Hungarian trade union Munkástanácsok Országos Szövetsége – Federation of Workers’ Councils – represented by President Imre Palkovics and the Italian delegation, headed by Gianluigi Ferretti head of International Relations a bilateral collaboration agreement was signed between the two structures. Exchange of best practices, common claims right in favor of European workers, participation in European tenders with common projects and convergence on the principle related  on the participation of workers in the management of companies are the key points discussed.
Furthermore, more than one point, has been discussed about  the establishment of an international trade union association alternative to the existing one.
Today UGL delegation has been guest of honor in Budapest at the migration and security conference in which Prime Minister Victor Orban took part.
International highest level speakers took part to the event included  French Nicolas Sarkozy,  Czech Vaklav Klaus,  the former Spanish interior minister Jaime Oreja and the former Australian foreign minister Alexander Downer; furthermore university professors of the most prestigious universities in the world and journalists of the most important media.
The head of international relations Gian Luigi Ferretti sent regards from Francesco Paolo Capone to prime minister Orban and had a long conversation with undersecretary Szaboles Takacs, who assured his participation in an international event that the UGL will organize in Rome at early May.