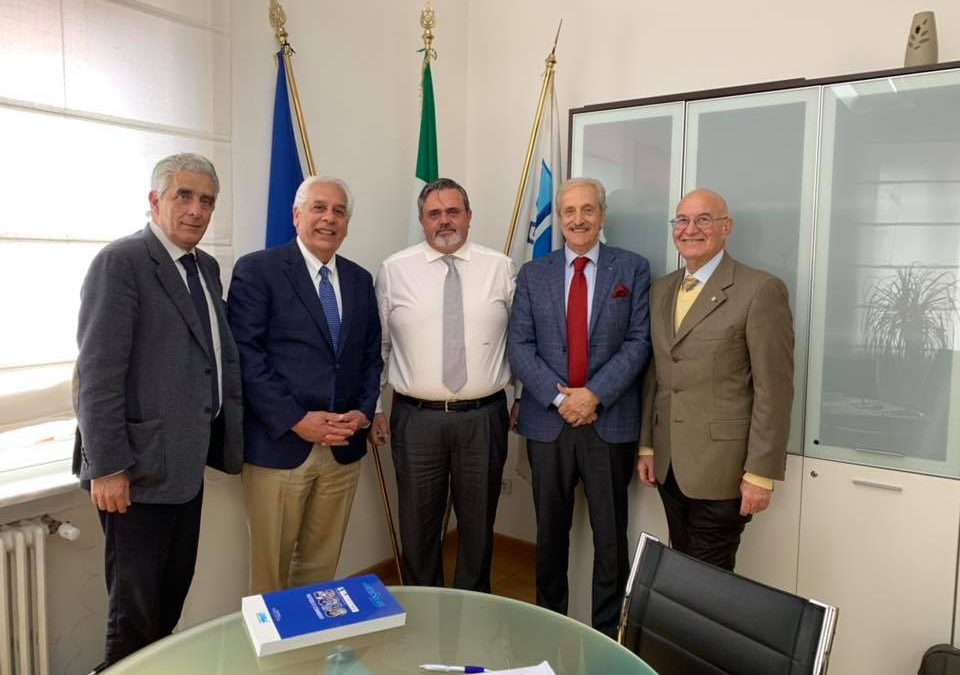 In our Headquarters the General Secretary Paolo Capone met Luis Tallarini (Chairman) and Elia Manetta of the Board of Directors of the ILT Foundation of New York, of which is President Margatet Cuomo, sister of Andrew, current governor of the State of New York.
“The two Italian-American personalities – said Capone – explained to me their plans to promote the spread out of the Italian language in the United States and, on behalf of the Columbus Foundation, i ve been invited as guest of honor at the Columbus Day fashion show on New York’s Fifth Avenue in October “.